Uprated Intercoolers for the Porsche 996

We always relish a new challenge, so after a call from Regal Autosport to see if we could improve on the intercoolers on the 996 Porsche, we decided to start from scratch to see just how good it could be, rather than working with the manufacturers logic of doing just enough.
We started with improving airflow through the intercoolers with the use of enlarged 60mm silicone hoses, and a redesign of the intercooler end tanks. Then with the charge air sorted, we looked at the cooling air that passes over the intercooler. Our testing showed that the original OEM ducting performed brilliantly. So, satisfied that it was up to the specification needed, we thought we should aim to make a true directly replacement kit, by designing the intercoolers to install perfectly with all the OEM mountings. The new intercoolers are similar in dimension to the OEM units, but are measurably thicker. The real improvement came with a complete re-design of the intercooler core after our preliminary tests proved a bar and plate design to be more thermally efficient in this installation. 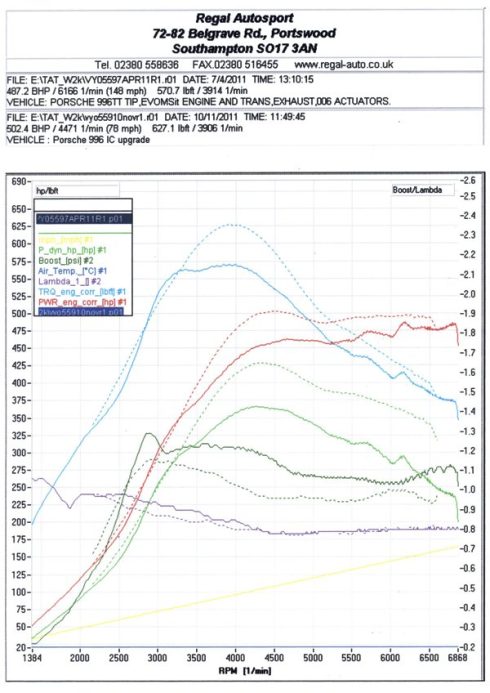 In tests the Forge unit managed a creditable drop in intake temperature of some 24°C, which allows the engine to produce more power and torque throughout the rev range, and of course with the engine running cooler, engine longevity should also be improved.
As supplied by Regal Autosport, this was an already tuned car, with tiptronic transmission, so on completion we promptly handed it over for their impartial assessment of our craftsmanship. The Dyno graph images above, show the runs before and after the intercooler modifications. The solid lines relating to the stock intercoolers, the dotted lines are with the Forge kit, with no change to the ECU whatsoever.

“Comparing the peak power figures only tells half the story. As the car comes on boost at 4500rpm it peaks at over 500bhp, 40bhp above the power the car makes at the same RPM with OEM coolers, maintaining close to this peak figure all the way to the redline. Also of real interest is how the torque continues to climb where the stock cooler run maxed out and a higher torque figure is sustained all the way to the redline. The full throttle fuelling is also spot on, initially richer as the car comes on boost, settling down perfectly as the revs increase.”

Our kit is supplied with all components required and comprehensive instructions. We can supply red, blue, or black hoses, simply select your choice in the options above.

As an added bonus and to compliment the other hoses, we also include the high performance, colour matched, silicone diverter valve hose with this kit. 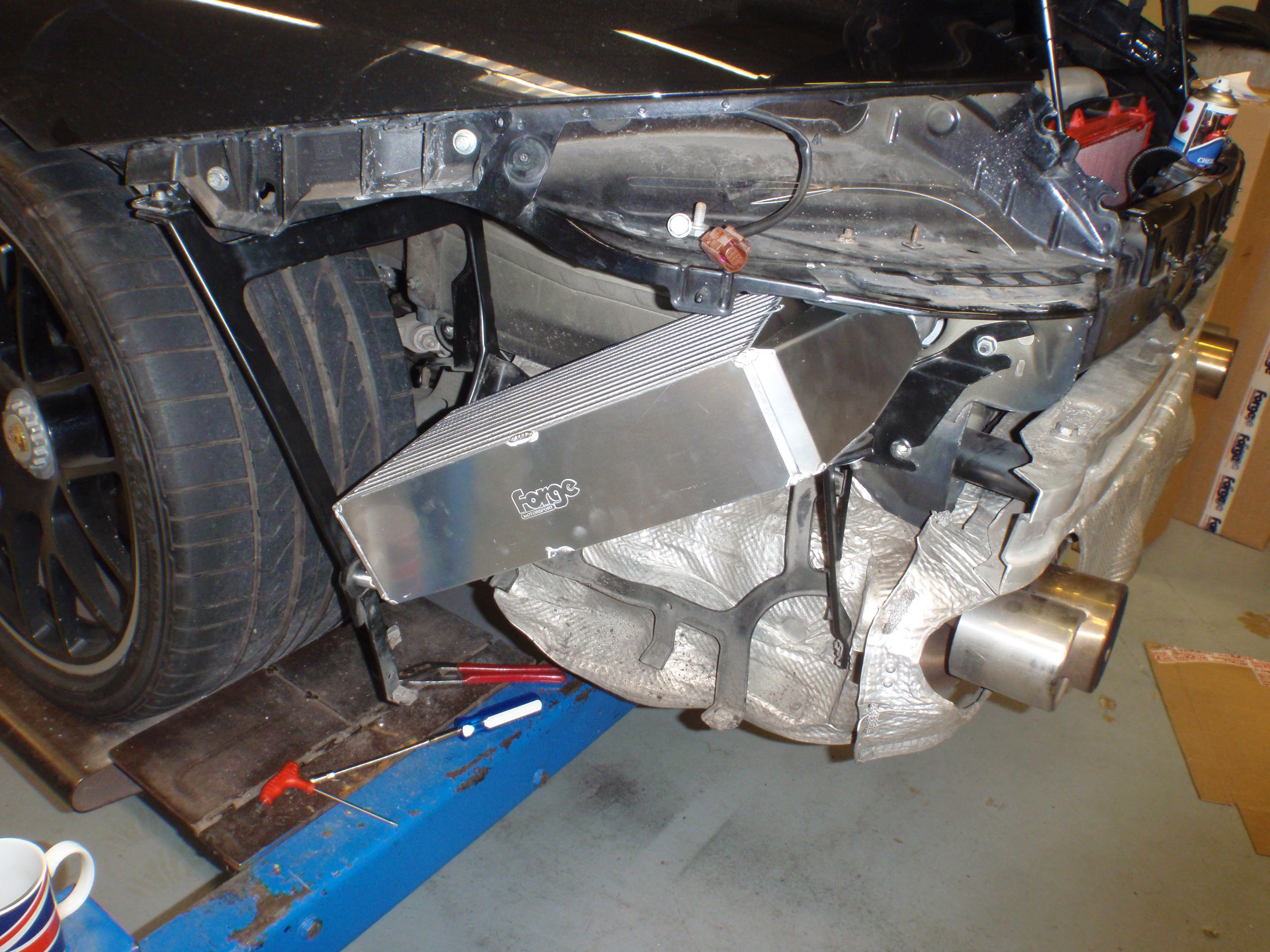 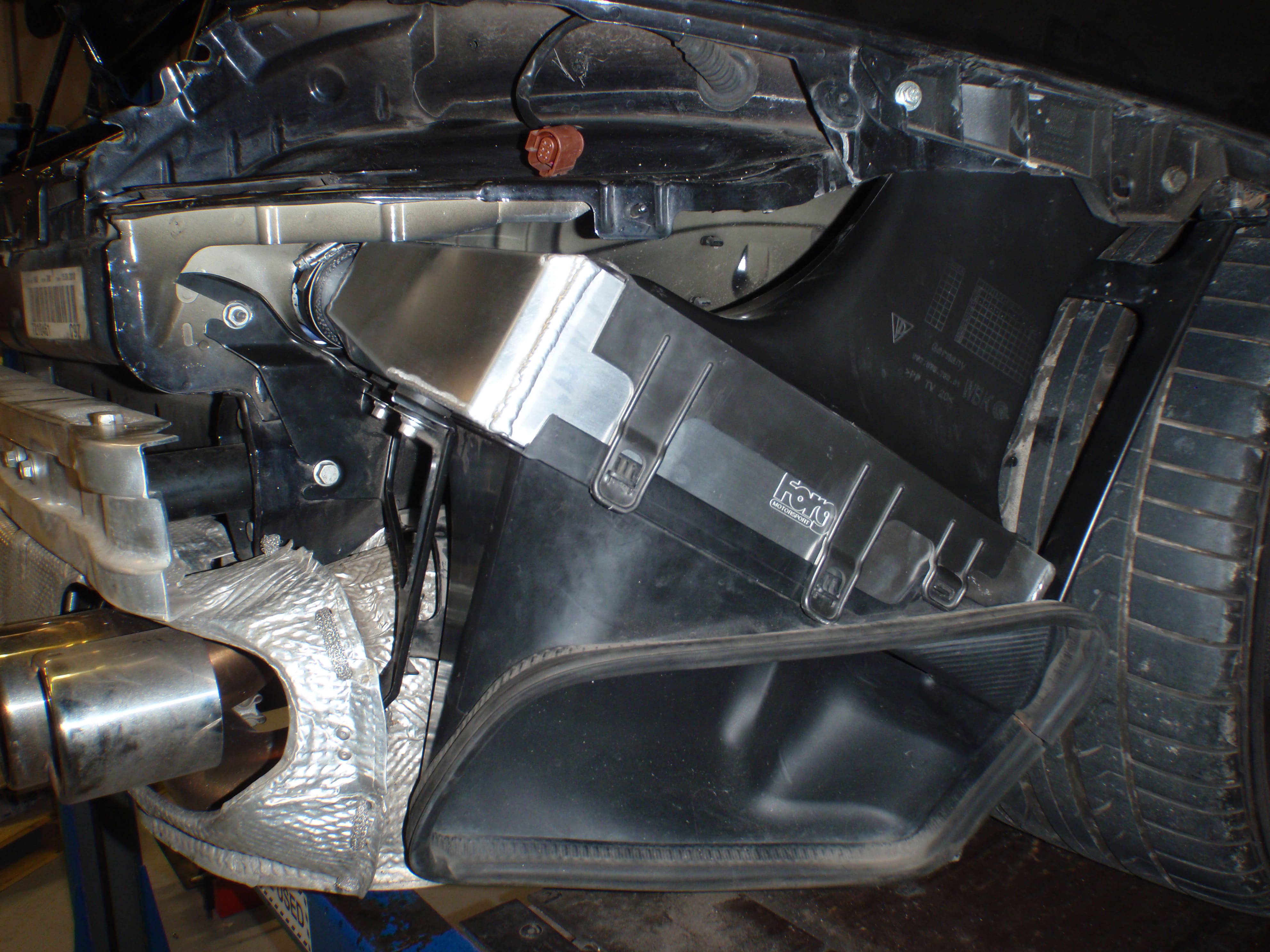